Spice Up Your Fiction–Simple Ways to Create Page-Turning Conflict 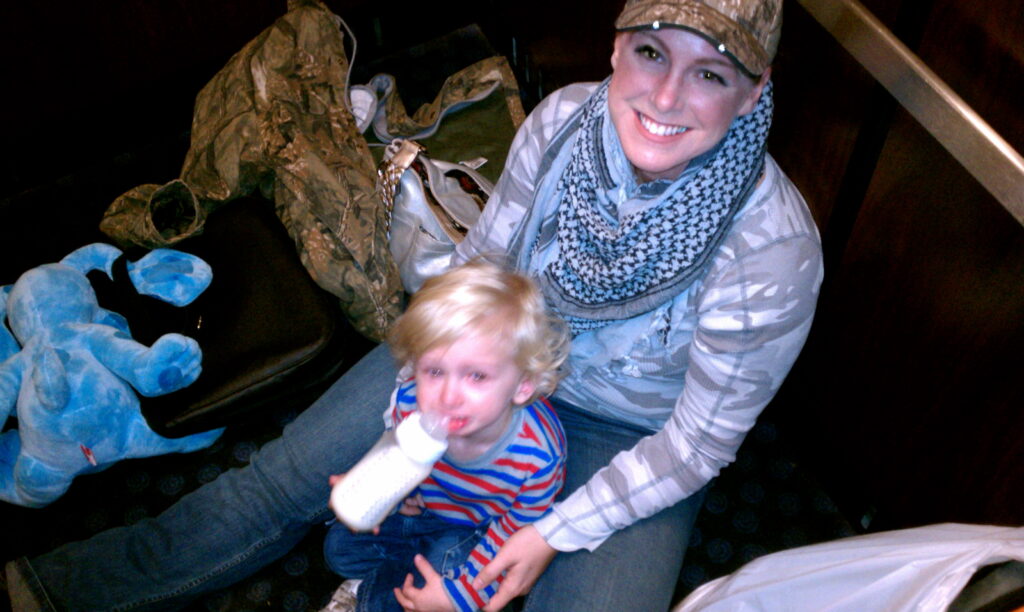 Actual photo of me trapped in an elevator with a 2 year old with an injured hand. THAT is conflict.

One of the hardest concepts for new writers to understand is the antagonist. I have even gone through great lengths to teach about the antagonist and his/her many faces. We have what I call the BBT (Big Boss Troublemaker), the catalyst for the story. No Sauron and the Ring of Power is just jewelry. No Emperor and Luke can continue moisture farming on Tatooine. No Darla the Fish-Killer and Nemo would be safe at home with his neurotic father Marlin (neat post about What Finding Nemo Can Teach Us About Story Action).

Go to this post for more on the BBT.

So then there is the Big Boss Troublemaker and the BBT always has minions, extensions of the BBT’s agenda. Who cares about the Emperor without Darth Vader? Dath makes it all so much more interesting. Yet, peel back the starships, the intergalactic wars, the CGI and what do we have?

A redemption story. A story between a father and his son (children).

Family is a great place to birth drama, which brings me to my point for this blog. Close, intimate ties are the best place to harvest authentic conflict. Anyone who’s spent the holidays with more than the TV and a Chinese take-out menu knows that family is an excellent source of friction. So many personalities and individual agendas and beliefs…all…in…one…space.

In fact, in the above picture? It was Thanksgiving and we were on our way to meet the family at the ranch. The Spawn’s hand got pulled into the door when it prematurely opened. The door then jammed, trapping Hubby and I with a screaming toddler (who was scared and bruised, but okay) for almost an hour until the fire department could get us free. Talk about tension!

Pay Attention to the Obvious

What I find fascinating is that the best source of conflict is often the one overlooked by the new writer. Oh, I did it, too. I might have one finger pointed at you, but I have three pointing back at me to remind me that I am still learning, too. When I was a neophyte, I had the bomb about to detonate, the car chases, the thinking and brooding and more thinking.

First of all, thinking is therapy, not conflict. Lots of new fiction begins with nothing happening. The protagonist is in her head and thinking, thinking, and more thinking. This is in the wrong spot. Any thinking should be part of what is known as a sequel. Problem is, sequels can only happen after a scene, and scenes are founded on action. Then after the action, the protagonist needs a moment to process what happened and make a course of action (sequel).

So some of you then might do what I did.

Oh, she can’t be thinking? Need action. Okay, how about a BOMB, with ninjas and a thermonuclear strike from SWITZERLAND.

No one ever suspects the Swiss.

Uh, yeah, no. We don’t need to be extreme to be interesting.

Bombs and car chases and super high-stakes on page one are what I like to call a Purple Tornado. Nothing wrong with any of these events, but they must be placed correctly in the narrative structure or it is just noise.

Since we are coming up on the Fourth of July, how many of you have ever been to a fireworks show that was paired with symphony music? Notice how it starts our small, subtle, but sparkly to get our attention. The show then builds, ebbs, builds some more, retreats but OH THEN even more fireworks, and the music rises until finally we get this grand crescendo and there are fireworks of all colors and WOW watch how they hold nothing back for the grand finale.

What if the fireworks show began with Flight of the Valkyries and every kind of firework they had? Pull out all the stops!

It would be too much too soon and anything after the first song would be…anticlimactic. To be blunt, it would ruin the show. No, instead the audience should be eased in gently, their attention piqued by soft music and something shiny.

Yes, there are genres that will allow for a short prologue. For instance, suspense novels will often begin in the murderer’s POV. Thrillers might begin with a ticking bomb placed in an unknown location. But note, these are not scenes that introduce the protagonist.

One of my favorite shows is Rizzoli & Isles (and I just love everything Tess Gerritson writes). But for those who follow the series, much of the conflict comes from close ties. Also, in almost every episode, when we first see the protagonist(s), they are engaged in some real-life activity which is then interrupted by the crime.

Bring it To the Reader’s Level

Often the conflict or tension that hooks us in as something we normal people can all relate to. Most of us cannot relate to examining a dead body at a crime scene, but we can relate to our mothers butting into our business or a sibling making poor choices that stress us out.

Some of the best conflict, the most authentic conflict, will come from your protagonist’s close circle of allies. Many times this is compounded by personality differences. Place a neat-freak with a clutter bug, a control-freak with a hippie, a go-getter with a playboy, an intellectual with a thrill-seeker and then watch the sparks fly.

This is why we should not only think about our BBT, but we should also put a lot of thought into the close allies. When I ran a critique group, we did detailed backgrounds on all main characters. When you construct your protagonist, a really great exercise is to think about what personality will drive your protagonist BONKERS. Usually what irritates the protagonist is where he or she needs to grow in order to be ready for the final battle, and we will talk about this more next week.

A great resource for you to explore is The Complete Writer’s Guide to Heroes and Heroines–16 Master Archetypes by Tami D. Cowden, Caro LeFever, and Sue Viders. I also recommend NYTBSA Shirley Jump’s class, The Basics of Scene and Sequel. She is going to help you understand how to employ scene and sequel for max effect. Another class at WANA International that will also help is Getting to Know Your Characters by TV writer Donna Newton.

What are some characters you love? Who makes them crazy? How does it resonate? What are some resources you would recommend?

I hope you will hop over to WANA International and sign up for a class. We offer training right in the comfort of your home or office from the best teachers in the industry.