The Disease of Self-Importance—Can We Find a Cure? 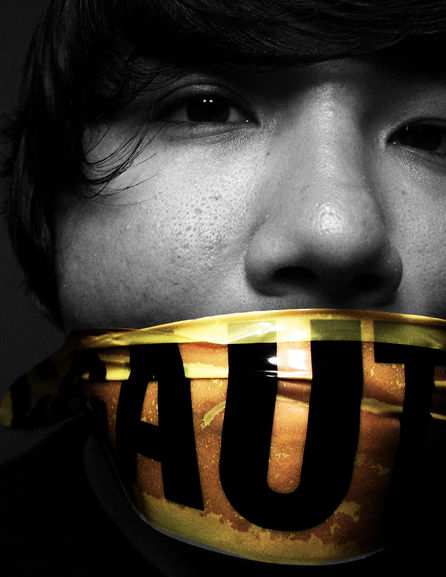 Today, we are going to take a bit of a sideline from our acrostic. Over the holiday weekend, I was resting up from a nasty bout of bronchitis and puttering around Facebook. I’ve been long frustrated with this new culture of “Everyone’s a Winner.” Back in 2005, my young nephew was in soccer. I recall being horrified that everyone received a trophy.

What was the point for working harder? What gain did it give my nephew that I ran extra drills with him after school and off the practice field? He “won” the same trophy as the kid who showed for one game out of the season.

Trying is all that matters.

We see all over the news where schools are attempting to cancel Honors events because those kids who didn’t achieve honors “will be sad” because they are “left out.” We can’t honor the kids who traded video games or time with friends for extra work, far more difficult work.

We can’t reward those who sacrificed because those who didn’t might have their delicate sensitivities permanently bruised. We’re seeing flyers being sent home to parents that Field Day isn’t about winning, athleticism or competition and promising that “the urge to win will be kept to a minimum.”

In a world that lives and dies by competition, how is this healthy?

I can appreciate the desire to protect and shelter our young. I’m a mother. But life will not hand out trophies because of attendance. And this is all I’m going to say about that nonsense because it’s just the tip of the spear.

Sunday, I ran across something that chilled my blood. As writers we should be frightened of this new trend.

The Culture of “Special”

Yes, every person is a special unique snowflake. I wholeheartedly believe this. Every one of us is gifted with talents, drives, memories, passions that are uniquely ours. There will never be another YOU or another ME. WANA is dedicated to cultivating those gifts.

But, lately, this social disease of “Everyone is a Winner” has made me want to scream. Yes, everyone is given a set of gifts, but rewards are given based upon action. What do we DO with those gifts?

Showing up is the basest of requirements.

What I’m about to say might be unpopular, but I’m a writer not an Ad Man. Leave the propaganda to the bureaucrats and sheltered academics. Writers have always changed the world. Why? They were fearless enough to point out the unpopular. To shine a light on an ugly reality and maybe even extend some logic of how a social cancer might spread if left unchecked.

Something Wicked This Way Comes

There is a terrifying movement popping up in our universities. In my opinion, it’s the “shot across the bow,” the seed of the Thought Police.

If PC wasn’t bad enough, the new political flavor of “Everyone is so special they should never feel any discomfort” is Empathetic Correctness. According to a recent post in The Atlantic, Karen Swallow Prior explains:

While political correctness seeks to cultivate sensitivity outwardly on behalf of those historically marginalized and oppressed groups, empathetic correctness focuses inwardly toward the protection of individual sensitivities. Now, instead of challenging the status quo by demanding texts that question the comfort of the Western canon, students are demanding the status quo by refusing to read texts that challenge their own personal comfort.

I didn’t believe this when I read it and dug deeper and yes, this IS happening. Some of our most prestigious universities are calling for literature to be marked with “Trigger Warnings” to point out any areas a student might feel uncomfortable or traumatized. 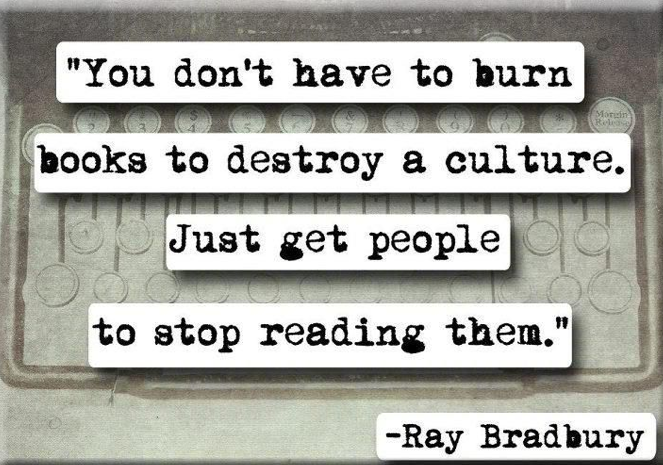 In a New York Times article, Warning: The Literary Canon Could Make Students Squirm, Shakespeare, Mark Twain, Virginia Woolf and other literary staples are in the EC crosshairs. Issues like slavery, oppression, misogyny could be “traumatizing.” Such literature might make students and young minds “feel bad” and thus students should have the option of reading something less distressing.

I know The Diary of Anne Frank, Elie Wiesel’s Night, The Scarlet Letter, The Red Badge of Courage, To Kill a Mockingbird, 1984, Brave New World, Mrs. Dalloway, The Hours, and even The Hunger Games changed me. These works disturbed me, made me weep, and most of them made me more than a little angry.

But isn’t that the point?

My fiction isn’t about rainbows and unicorns and the world holding hands. I don’t write My Little Pony. I strive to write about regular (often innocent) people thrust into the bowels of darkness who through sheer force of their humanity confront evil, grow into heroes and WIN.

I even write works that challenge what we believe about our world or ourselves. What are we capable of under the right circumstances? My short story Dandelion is raw, viscous and utterly heartbreaking.

It was meant to be.

The High Cost of “Higher” Education

Higher education is supposed to expose students to other people with differing beliefs, ideas, and opinions…and live to tell the tale. Perhaps they might even learn to think critically instead of parroting. Heck, maybe they’ll even realize they’re really blessed and that there are plenty of people on the planet who’d gladly trade places and not B%*$# that the wi-fi is slow.

That is a mark of becoming an ADULT.

When I attended TCU, one of my closest friends was a refugee from Uganda who fled to the US for asylum after her father (a teacher) was brutally executed during a regime change. My other best friend’s family lived in a Palestinian refugee camp in Damascus, Syria (where I went to briefly live after college).

My university exposed me to the brutality of the “real world” and made me angry enough to want to change it. So this white girl with blonde hair and a big mouth hopped a plane to the Middle East instead of Cabo San Lucas the day after graduation.

I traded a tan on a beach for a hijab. I wanted to understand even when it scared me half to death. I wanted to see if someone like me might make even a little bit of difference. To at least try.

Maybe we are offended or traumatized, but maybe we should be. Perhaps that’s what is going so wrong.

And to add an increasing burden to teachers, exactly how are they suppose to thread the needle between PC and EC?

As Chester E. Finn, Jr. points out in a recent post in Politico Magazine:

Does the history professor refrain from mentioning that Hitler killed homosexuals as well as Jews? Does the English teacher shun James Baldwin and George Eliot because one was gay and the other was a woman using a man’s name? Avoid Toni Morrison because one of her books includes a rape scene? Not teach astronomy because just two of the 23 best-known constellations are recognizably female?

I suspect why this is so disturbing to me is right now there is pushback. But what about in ten years or twenty?

Orwell predicted a world where thoughts would be controlled, and we laughed. Should we be laughing now? Alduous Huxley predicted we’d eventually live in a world driven by the Orgie Porgie Feelies of the Centrifugal Bumblepuppy. Pillars of truth would be buried under mountains of meaningless. All that would matter is “feeling good” even if there was no depth or substance. The human spark would snuff out since we only find our greatness in the crucible.

And I suppose why I bring this up is what is the long-tail of this thinking? Years ago, I blogged about the dangers of Amazon and their strong-arm tactics. It was a level post praising Amazon but also cautioning what could happen if we failed to appreciate their past business behavior (and more than a few people called me a nut). Yet, lately it seems so many people are surprised that BUY Buttons can disappear. And this is Amazon’s business and not really my point.

My point is this: In a virtual world, books are “allowed” to exist.

Let’s take Amazon out of this and let’s speculate that another business comes along and uses Amazon’s business model and improves upon it. Fluffy Fairy Dreams takes over and does it better…and embraces EC.

What “warning labels” would be on your books or mine? With enough political pressure, could our writing disappear? If universities press down this path of making everyone happy and comfortable, will there be generations who no longer remember works like Huckleberry Finn or The Merchant of Venice? Or find them so “distasteful” the BUY buttons vanish?

We no longer need to burn books when we can just “delete” them.

I know today’s post is disturbing. It was meant to be. Maybe it should have come with a warning label 😉 . Yet, the duty of bloggers (who are a form of journalist) and writers is to start the conversation. This Brave New World scares me. Yes, The Digital Age of Publishing is wonderful. Works nearly driven to extinction by the print paradigm are springing back to life. Writers can reach new audiences and emerging markets abound.

But we must remain vigilant. Who would have thought in 1980 we’d take pictures with our phone? What was laughable then is now commonplace. If we scoff at the idea that books can vanish…?

What are your thoughts? By the way, I never mind anyone disagreeing with me so long as the disagreement is respectful. Maybe I do need a tin foil hat. I’ll own that. But, maybe I don’t.

What warning labels would be attached to your writing? Did you find healing from past trauma through literature? Maybe realizing you weren’t alone? Are you writing on a delicate subject hoping to encourage a dialogue, understanding or catharsis? What do you think about this trend of being “empathetically correct”?