How Boxing Can Make Us Better Writers–Lesson Two ENDURANCE 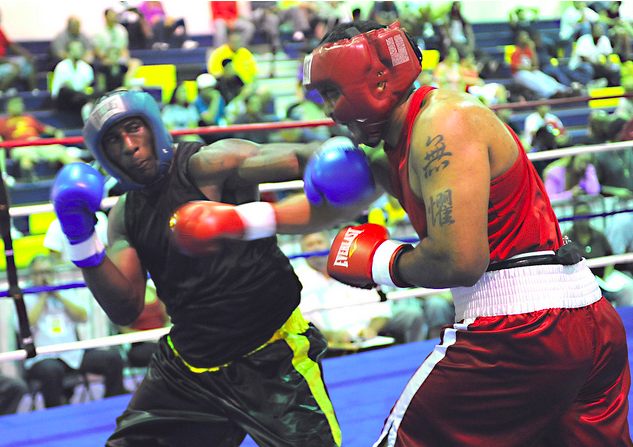 Many, many moons ago I was in martial arts (I started Tae Kwon Do when I was 13). Because I’d had roughly eight years of dance, I tended to rely a bit too much on kicks when sparring, and I knew this was a weakness (especially since I was the only female competitor back in those days).

In short, I wanted to get better with my hands. So, when I was 19, I joined a boxing gym. This was 20 years ago, but the lessons learned in the boxing ring are useful for anyone in a creative profession, but particularly writers.

Think of this job like boxing. We’re in the ring. Outside (and even internal) critics are going to seek to gut-punch and knock the wind out of us. Their objective is to drop us to our knees and make us give up.

These opponents might be nasty reviewers, mean critique group members, jealous people with too much free time, or even family members who will tell you you aren’t a “real writer.”

As a NF expert, I just know to expect the “you are really just a poseur fake and not a ‘real’ expert” jab.

Now, I am human. My first instinct is to raise my shield (my resume, my list of credentials in fiction and social media, my Mom’s sworn testimony that I’m awesome, cute and adorable), but we have to move beyond that and just learn to take the hit and keep moving.

“Roll with the punches,” so to speak.

I recall my first time doing an exercise with the medicine ball. My teammate, a giant black man who was apparently fathered by a Mack truck, stood over me. His job was to toss this “ball” at my stomach as I did my sit-ups. Of course, I just saw a ball, and didn’t put two and two together that this “tiny ball” WAS TWELVE FREAKING POUNDS.

I curled over on my side gasping like a goldfish out of its tank, all the while wondering why I didn’t take Jazzercise instead.

Yet, after a few months of this, I swear someone could have hit me in the stomach with a crowbar and it wouldn’t have phased me. It’s because those exercises (which hurt, btw) toughened me up. In short, I learned to take a hit.

In this business, we must learn to take a hit.

If someone strikes, and it hurts? That might be an area of weakness we need to actively strengthen. Clearly, if I’d possessed abs of steel when I began this boxing class, the medicine ball wouldn’t have rendered me into a weeping ball of wimpy. Thing was, I hadn’t trained and strengthened that area.

When I was in critique and received a brutal punch to my WIP? It showed my weaknesses. When I was a new writer, I was notorious for overwriting. I never met a metaphor I didn’t love. What did I do? Cry like a sissy little girl?

But then I started writing flash fiction to train myself how to employ economy. I wrote flash fiction until I started winning awards and being published in flash fiction. Being forced to cram an entire story into 500 words or less trained me to appreciate that less is often more.

When I wrote my first novel and was bashed by my beta readers for lack of structure? I started reading every book I could find. Scene & Structure, Plot & Structure, Story Engineering, Save the Cat, and The Writer’s Journey are all must-haves. I started working as a line-editor first, then later as a content editor. I’ve critiqued hundreds of plots. I also kept writing until I finally had two novels win major contests.

Even then, I had more to learn. I won because of good stories and witty dialogue, but judges kept telling me that I wasn’t hooking early enough. This led me to Les Edgerton’s Hooked. I started studying beginnings in books and movies. I took classes and soaked up every bit of knowledge possible.

I’m still learning and growing and always will be. My next challenge is to publish my novels. Winning contests is great, but I want that next challenge.

Yes, getting hit sucks and can even make us suck wind; but hits that hurt show us where we need to focus. Hits weed out the uncommitted, those who are in this writing business for the wrong reasons. Hits save time and help ramp us up to the professional level faster. People who can’t take a hit, won’t grow. They won’t know where they are weak and they won’t possess the toughness to endure this profession.

So the next time someone hits you where it hurts? Walk it off and just remember.

Has someone hit you where it hurt? What did you do? How did it make you stronger? Did you nearly give up? Why didn’t you?