Good Things Happen to Those Who Hustle—Getting PAID to Write

Wisdom from a Hollywood Producer—IT’S ALL B.S. UNTIL THE CHECK CLEARS 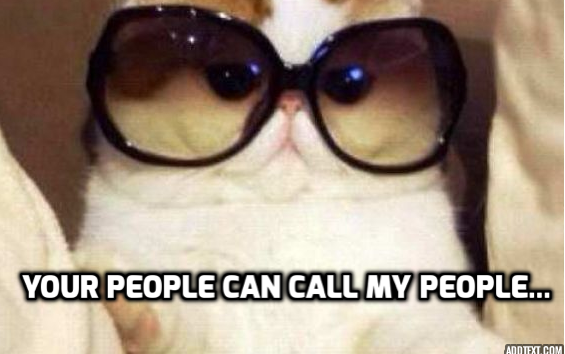 I am unbelievably blessed to call some of the biggest names in the industry my friends. What is even MORE awesome is that these experts are willing to give so generously to me and to you guys.

The goal of this blog is to train y’all how to be PROs. So many writing books are addressing the hobbyist. Though there is nothing wrong with that because writing is the best hobby EVER—and that is mostly why all of us want to be PAID to do it—we need much more than the average, Gee, I’d love to write a novel resource.

We have ALL been there. When someone asks, “So what do you do?” and we tell them, “I’m a writer.” 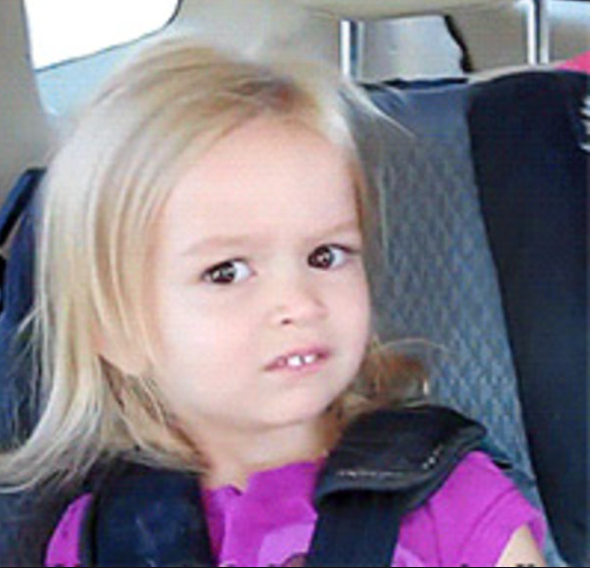 When the world rarely takes us seriously, we gotta be extra careful that doesn’t rub off. Above all, if we don’t take ourselves seriously, no one else will.

We have to step up our game and I don’t care about all the arguments that “real” writers are legacy published or have awards or an MFA. At the end of the day, real writers get paid (or are on a trajectory to BE paid). Because when people are using the term “real” it’s really just a poor synonym for “professional.”

Which is why today, y’all are getting a treat. My close friend, author and producer Joel Eisenberg is IN PRODUCTION right now. His book series The Chronicles of Ara is being made into a television series, and right now he is in production on “Then Again with Herbie J Pilato” for Decades—so VERY busy man—yet he took time to be here and give the real digs on what we do…which is why he is pretty epic.

Take it away, Joel!

Welcome to my world. A world of promises upon promises, of big-talk and scant return, of endless parties and meetings …

My world, that is, of 15 years ago, though I remain what I’ve always been: a writer.

I’ve been a writer for as long as I can recall. I remember my first short story too. The plot went a little something like this: The crew of the Starship Enterprise teams with the Six Million Dollar Man to save the world from the Planet of the Apes. 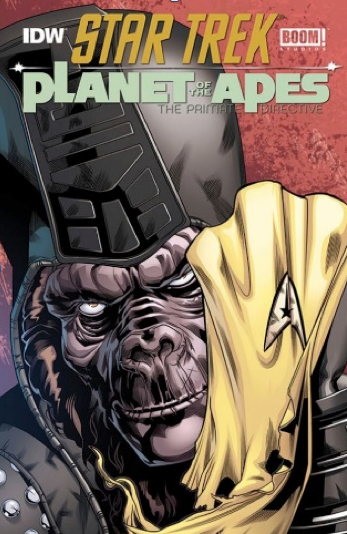 It was not exactly the same, but close enough.

Clearly, I was ahead of my time. But up to 15 years ago, I was also flat broke. I owed tens of thousands of dollars in credit card bills, and was nearly homeless. Daily breakfast and lunch was a tuna sandwich from my local 7-11 and dinner, if I was lucky, was a canned meatball ravioli, courtesy of Chef Boyardee.

And then I got smart.

I had just worked (and quit) my 100th day job. I was sick and tired of being … You know the rest. Thing is, that day would define me moving forward. I told my new wife, who was understanding but not thrilled with the idea, that I could not do this anymore. Not for her, not for me.

If there was any chance of my career moving forward, if I had any real opportunity for an upward trajectory, I needed to place our lives where my big mouth was and write a book. I would call it, “How to Survive a Day Job” and I would interview celebrities about how they made their own creative dreams come true.

My success would only help us in the future, I argued.

“But you don’t know any celebrities,” she said.

I kept that promise. I interviewed 70 some-odd public figures for the book, from actors to writers to producers and more. I sabotaged them at local book signings. I emailed them through their personal websites. I tortured personal assistants.

I did what I needed to do.

I self-published the book in 2005, under a horrid branding but nonetheless: Aunt Bessie’s How to Survive a Day Job While Pursuing the Creative Life. Don’t ask about the title. It was my first effort and a mistake. The book is long out of print, but I kept in touch with nearly everyone who participated.

That was the second best thing I’ve ever done. I still cannot believe any woman ever put up with me for so long, but nonetheless.

Through the years, I’ve referred to that volume as my “mentors in a box.” Since then, I’ve opened networking groups of my own, that were ultimately hosted by Paramount Studios, Warner Brothers Studios, Sunset-Gower Studios and more. I moderated groups of maybe 200 film and television professionals monthly for ten years, having only recently left the endeavor for a partner to run due to an increasingly insane schedule.

Thing is, my book, and that networking business, changed my life.

Going full-circle, back to the beginning of this diatribe: Everyone talks. Everyone yaps in this business about having money to finance your film, or having the ability to get your book to a major publisher. There is so much unbearable talk, it’s easy to believe that no one could ever make a living in this business.

I’m reminded of an ex, who meant well but did not understand that my path was a need and not a want. I needed to be a writer. There was no other way for me.

“You should be a school psychologist,” she said. “You’re great with students and, let’s face it, you’ll never make it as a writer. You’re already in your thirties. It’s time to be realistic.”

Another life-changing moment. I ended the relationship two days later and immediately decided to move from my native Brooklyn to Los Angeles, to dig in and truly work towards my goals. That was 1989. I began my book in 2003. It took me some time, but the time it took proved invaluable.

I’ve been my own boss for nearly 15 years now – save for one more gig to help a friend – and I’ve never looked back. Money and satisfaction happens and, frankly, it’s an awesome feeling being paid to practice your passion. I wake up at 3 or 4 (I know), hit Starbucks and write for hours before anyone in my house is awake. It’s great having the freedom, however, discipline is every bit as important.

When you tell people you are a writer, in certain circles you become an instant celebrity regardless of your output. You will be wined and dined. You will need to learn the difference between what is real and what is not and yes, there are groupies on both sides of the equation (and no, I’ve never indulged, thank you very much).

My point with this post is simple. I found my way. I’ve since been traveling around the country teaching others how to find theirs. I write novels, and produce movies and television.

Certainly beats telemarketing, I tell ya.

One more thing. My friend Kristen and her organization, W.A.N.A., consistently delivers the most truthful, and helpful, of all online seminars for writers. It is for this reason that I happily offer my teaching services. If anyone reading this would like to attend my upcoming Master Classes, check them out below.

It’s your life, and your career is precisely what you want it to be. Do what you need to do. Work on your craft daily and, as Steve Martin once said:

Become so good at something you cannot be ignored.

And if the world gets you down, remind yourself of this: John Lennon, Mark Twain and Stephen King have the same number of hours in the day as you. So what’s your excuse?

Trust me. I’ve been there.

Thanks so much Joel! Joel will be around for those commenting so here is your chance to rub elbows with an amazing person and one of the top talents in the world. Networking is a HUGE deal, so what are your thoughts? Questions? Do you struggle to believe you could be paid to write? Do you feel overwhelmed at all of it? Do you have a similar story of how everything changed in your attitude/world? DO NOT BE SHY! Joel is fantastic to talk to! 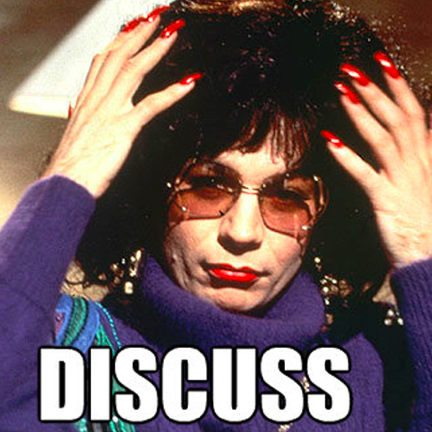 Hey, Valentines is coming up. Chocolate will make you fat but these might make you rich. Hey, why NOT? Someone has to be! 😛

Joel is running his Master’s Class HOW TO MAXIMIZE YOUR EARNING POTENTIAL AS A FULL-TIME AUTHOR for $199 (this series is normally $400, but Joel loves me 😀 ).

Or you can take each of the four sessions individually for $65 a piece. All are recorded and is included in purchase price. Potentially Lucrative Multi-Media Rights (February 21st), How to Sell to Your Niche Market (February 28th), It’s Not Who You Know, It’s Who Knows YOU (March 7th), Making Money Speaking, Teaching, Blogging and Retaining Rights (March 14th)

Thanks for following and as always I reward the faithful!

And to prove it and show my love, for the month of FEBRUARY, everyone who leaves a comment I will put your name in a hat. If you comment and link back to my blog on your blog, you get your name in the hat twice. What do you win? The unvarnished truth from yours truly.

Joel Eisenberg’s Master’s Series: HOW TO MAXIMIZE YOUR EARNING POTENTIAL AS A FULL-TIME AUTHOR (Includes all classes listed below)

How to Sell to Your Niche Market (February 28th)

NEW CLASS!!!! How to Maximize Your Earning Potential as a Full-Time Author Learn from Hollywood Producer Joel Eisenberg in your HOME. This series is normally $400 but W.A.N.A. is offering it for $199.

When your Name Alone Can SELL—Branding for Authors February 10th, 2017