Hold My Beer & Watch THIS—10 Reasons Texas Will Beat Harvey

It’s Squatter’s Rights Wednesday, which means it’s me, Cait Reynolds, coming to you with special guest blogger Lisa Hall-Wilson. It’s a good thing I have a co-blogger today, because I’m on day 14 of a cold and feel like lukewarm coffee – just ugh and barely effective.

Denny Basenji doesn’t like it when I sneeze, so he spends most of his time hiding in his blanket fort. 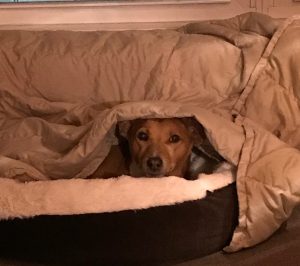 Denny: Why get a cave bed when you can have your mama custom-drape a blanket fort for you?

If I had the energy, I’d actually be really excited about today’s guest blog post because Lisa and I are also teaching a workshop on this topic in September. We are going to be talking about how to create strong, authentic female characters in fiction. Lisa is specifically focusing on how to avoid extremes, tropes, and types. I will be talking about how to TRULY get into the mindset of historical female characters and what defines strong for them (which is going to be another blog post).

Okay, over to Lisa!

Lisa here! Portraying strong women authentically is tricky. Most of the time, I find strong female characters are caricatures of an extreme: the dim-witted blond, the stock-in-trade man with boobs, the femme fatale. These are stereotypes sure, but what they really are is extreme examples of real life. Can you find an example from history of a female warrior in a male-dominated society – sure, but she’s an outlier. If you want to write an outlier character that’s fine, but let the traits that make her an outlier be the source of her strength not her ability to wield a sword. 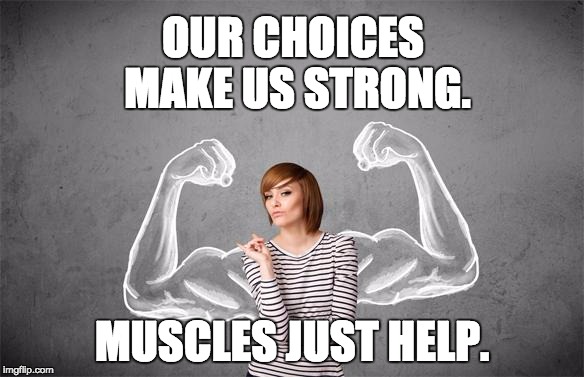 Let’s look at a real-world example, Malala Yousafzai. She’s a strong woman, but is she strong because she survived a bullet wound to the head? Yes, partly, but moreso she’s strong because of the choices that led to her being targeted, and the friends and family who empowered her to follow her heart.

Are you able to portray women without these extremes that’s both likable (or at least worthy of cheering for) and surprises readers? That’s the tricky part.

I love to study Amazons, that mythical race of female warriors written of by the Greeks. The truth is that Amazons were a cautionary tale for their times. This is what might happen if women could make their own decisions about marriage, family, war or the economy. Exotic? Dangerous? Lust-worthy? Absolutely. But in nearly every Greek tale, the Amazons inevitably rush headlong into battle over pride or vanity and are overwhelmingly outnumbered against a professional army. That’s not heroic, it’s stupid. Most women, especially strong women, are not stupid. 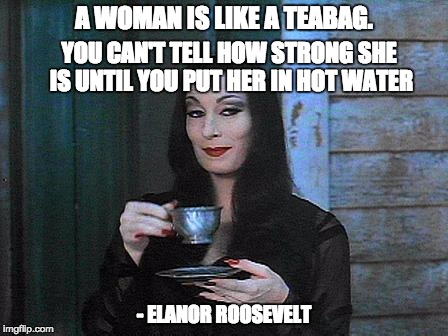 The danger with the extremes is that characters become one-dimensional. The only reason that character exists is because the hero needs a woman to encourage him. You have no story-based reason for making that character female other than you liked that idea, needed a victim to motivate a male character to act, a reason to insert sex, etc. There was nothing about being female that placed obstacles in her path or helped that character succeed.

Truth is a subtle strength.

Let’s look at Veronica Roth’s Tris. One of the first things we learn about her is that she chooses to leave Abnegation and join Dauntless because she knows herself and must be true to that. She makes that choice knowing what some of the consequences will be. That’s strength. There are a lot of natural obstacles in her way (one of them being female without any athletic training competing against guys), but she’s not afraid to make friends or find an ally. Being a lone wolf can represent strength but it’s also a self-protection mechanism rooted in fear.

I love 100. I know a lot of people point to Clarke as a strong character, but personally I’m more drawn to Octavia and Raven. These are girls who have fought their way to influence in a variety of ways and through painful personal sacrifices. We’ve seen them as outliers and leaders, run from pain, lash out in anger, deny their own desires, and escape from life. They are intelligent, courageous, fighters, who love, grieve, chase, hate, forgive – the whole spectrum. And each time they get knocked down, they blunder and stumble, but then they get stronger. That’s real life.

Female characters need to be strong, but they need to be real, varied, unique, and as individual as possible.

Want to get more in depth?

Check out the workshop that Lisa and I are offering in September!

Now and Then: Strong Female Characters in Historical and Contemporary Fiction 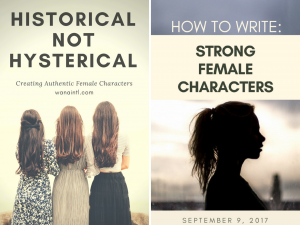 From fainting virgins to sexually-empowered widows, the ‘historical heroine’ attempts to accomplish the near-impossible: capture the sensibility and reality of the times while keeping the heroine relatable to modern readers.

Until we get time machines, we have to rely on research and our imaginations in order to create authentic, sympathetic historical heroines. The amount of research required can seem daunting, but this class is designed to give you a ‘jump start’ with some basic facts, tricks for getting into your heroine’s head, and hints on how to research efficiently and with confidence.

This class will cover the following topics – and much more:

A recording of this class is also included with purchase.

Cait Reynolds is a USA Today Bestselling Author and lives in the Boston area with her husband and four-legged fur child. She discovered her passion for writing early and has bugged her family and friends with it ever since. When she isn’t cooking, running, rock climbing, or enjoying the rooftop deck that brings her closer to the stars, she writes.

Some of what you’ll learn:

Lisa Hall-Wilson is an award-winning journalist and novelist, and writing teacher. She grew up watching and reading about women like Wonder Woman, Princess Allura, Jo March, She-Ra, Catherine Chandler, Jessica Fletcher, and other less notable characters. After realizing she was repeating all of the tired tropes and stereotypes she hated, Lisa spent months studying strong female characters and learning what makes them authentic and real.

How This Class Works…

After registering, you’ll be sent an email confirmation which will provide you with login information for the online classroom we’ll be using. This class will be recorded so if you’re not able to make it in person you’ll have the recording within two or three days. Come prepared with a sense of humor and a notepad. Yes, this class will be recorded if you can’t make it live, but you want to be there!

Lisa Hall-Wilson is an Award-Winning Author and Journalist and she LOVES to mentor writers. She’s been a freelance writer for ten years turning her love of words into an income. Her passion is to help beginning writers hone their skills and become published storytellers, so look for her classes to go beyond basics and challenge you.