Back to School – New W.A.N.A. Classes for September!

It’s Wednesday, and therefore, it’s time for another dose of ME! ME ME ME! Cait Reynolds and Squatter’s Rights Wednesday. You know you love it. I hope you all had a good eclipse on Monday. In Boston, we had a .70 maximum. Naturally, the only possible option for viewing the eclipse was to do so from our roof deck with several bottles of wine.

Denny Basenji was prepared. He would like everyone to know that while his tiny brain was protected from the eclipse and all alien transmissions, he did manage to get excellent reception on an episode of “The Honeymooners.” 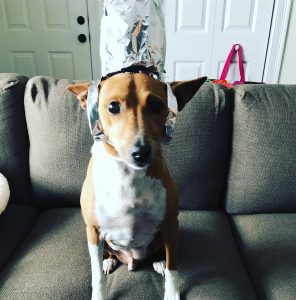 Wait, don’t click away! The eclipse is relevant! Kristen video-called me this morning from New Zealand to tell me she had a major revelation: the reason the U.S. got a full solar eclipse for the first time in 99 years is because Kristen and I are on opposite sides of the Earth. The sun just can’t handle it, and the moon’s gravitational pull is all out of whack (or something like that).

Between the time difference, Kristen was up late, and I was just getting up (and pre-caffeinated, at that), and this made perfect sense, at least at the time. Yet, we ended up brainstorming together for half-an-hour, coming up with some pretty awesome ideas.

So, Kristen and I are probably as opposite as two people could be.

Kristen is blonde Texan who is good with math and wields chainsaws. She is open with her emotions, quick to love, doesn’t hold back when she’s angry, and will do the right thing no matter the cost to herself. She can spot a trend and is a marketing genius. She is the one who leads the charge into battle. 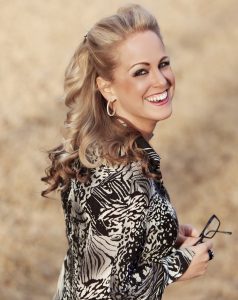 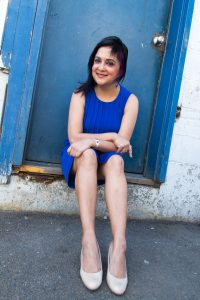 (One of these things is not like the other)

I am a brunette New Englander who likes snow and books on Greek philosophy. My truest feelings run deep, but I keep them on lockdown. I don’t get angry, I get quiet (which is when you should worry). I do the right thing, too, but in the back of my head, I’m always calculating my advantage/escape routes. If Kristen is riding into battle, then I’m back at the tent, going over the maps and devising the battle strategy.

Kristen is a Gryffindor. I am a Slytherin (let’s hear some green and silver love!). We are at opposite ends of the political and religious spectrum (not saying which is which b/c of the “No F*cking with Religion or Politics” policy of this blog).

She is ALL THE IDEAS NOW. I’m like, “Let’s plan this out first.” We compromise somewhere between her goal of global domination and my infinite to-do lists with what we like to call “The Sock Drawer of Domination.” This is the stuff we can reasonably accomplish in a reasonable timeframe.

When it comes to writing, Kristen is plot and grit. I am “set design” and details. I am most comfortable with characters that move in higher echelons of society. Kristen nails the salt-of-the-earth characters. I am prone to going down the rabbit hole on a fact check, and Kristen is “We’ll figure it out later.” I have trouble getting my characters to make the kinds of bad decisions that drive plots forward. Kristen struggles to have her characters make the right choice to resolve a situation.

It’s a wonder that we deign to speak the same language, though even there, Kristen can use “all y’all” correctly in a sentence, while I have been known to praise someone for his “wicked good pahking job.”

There are traits we share, both personally and professionally. We are both loving, loyal, and compassionate. We both will mess you up if you hurt our friends or family – Kristen with her trusty 9mm head-on, and me outsourcing some blackhat hacking to drain the miscreant’s bank account without leaving a trace. We both get stupid about cute animals.

In writing, we are both believers in working hard before you ever set pen to paper (or fingers to keyboard). We are plotters. We are researchers. We are willing to go as deep and dark as a character needs to be. We are both obsessed with pacing and tension. We are slaves to the beauty of language.

Yet, the chemistry Kristen and I have in our writing doesn’t come from the ways in which we are the same or the values we share. It comes from our differences. It comes from the fact we find different things to be funny, scary, and sad. It comes from how we define darkness in a soul.

Our opinions are so diametrically opposed sometimes that, we end up shouting at each other over the phone, sounding something like this:

This is now known as “Invoking the Goat” for us. We will beat each other’s ideas down until they lay bleeding and whimpering on the floor. We will challenge the logic behind a character’s actions or question the need for a plot twist. We are competitive in trying to out-write each other in terms of the quality of the prose we put down. We are fierce and stubborn about almost every single thing. (Which is probably why it took us the better part of eight months of talking just to nail the concept for our zombie western…”BUT IS HE EVEN GERMAN?”)

However, there is one thing we share that makes all of this possible: our ability to listen to each other and compromise.

Even after she invokes the goat at my idea, I will stop and listen. I will ask her to dive deeper into why she wants me to go in that direction. I will poke and pick at her reasoning until I understand it. That’s the key. Understanding. I may not agree with it, but understanding her perspective allows me to look objectively at my side of the argument and judge its merits and faults more fairly.

Usually, what ends up happening is that I find I agree with some of what she is saying, and she ends up agreeing with some of my idea. Post-goat, we begin to move toward each other’s ideas instead of staying in our corners. What we come up with is almost always better, more solid, more nuanced, and more in tune with what we are trying to accomplish.

And, we get a great core workout from laughing until we cry as we do all this.

What does this mean to you if you’re not co-authoring?

Everyone needs a Kristen or a Cait, regardless of what or how you are writing.

The point is, we shouldn’t be alone in paving a path of words. That’s where W.A.N.A.Tribe comes in. W.A.N.A.Tribe is a community of writers that is a refuge from Facebook, Twitter, and pictures of your co-worker’s niece’s daughter’s dinner from last night. We are all about writing, helping each other over the finish line, and occasionally (okay, maybe a bit more than occasionally) cat pics.

Every day in the chat room, a bunch of us show up, do writing sprints, hold each other accountable…and sometimes talk about the technical specifics of implanting gills into humans and sub-dimensional travel for cats. *shrugs* What do you expect? We’re writers. We’re weird.

And, we’re not alone.