Blogging Part 8–Connecting with the Readers

The Doctor is in the House–Novel Diagnostics

This has been a long week, and, frankly, I’m exhausted. I had dreams all last night that I was dropped into a Death Match, so now it seems pretty clear what my subconscious thinks of the whole writing thing. We authors can appreciate what it feels like to be dropped into unfamiliar terrain armed with a KFC spork, no plan, and a ticking clock….but everyone is out to get you. And they have helicopters.

Or is that just me? Could be fatigue talking.

It has been a hard week, but also a great week, because lots of work means forward momentum. For the past ten days or so, I have been editing my new book, Are You There, Blog? It’s Me, Writer. I have to say, my team has been my lifeline, helping me with feedback and blurbs and line edits. I couldn’t have done this on my own.

Which actually brings me back to my Death Match Dream…

In this dream I was lured in with the promise of a nice vacation getaway, then was promptly thrown into a trunk, driven to an obscure location, kicked out of the trunk, tossed a gun…then lots of people started shooting at me. This has had me thinking all morning. Is this how my subconscious mind sees my craft? So permit me to have a little fun, and maybe some of you can even empathize. 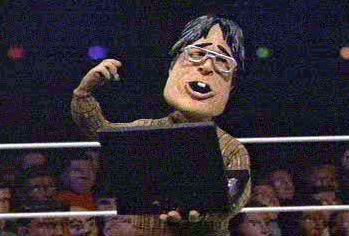 When I started writing, I thought it was all going to be rainbows and unicorns. This is how we get lured in, because we would never show up if they told us the truth.

For writers, it starts with a glitzy invitation. Ah, to get to be creative…ALL THE TIME! How was that not bliss? I would get to sit at my laptop, churning out brilliance and everyone would love me and throw wads of cash my direction.

I don’t know about you guys, but when I first queried, I only queried one agent, because I didn’t want to have to deal with the awkward drama when they all started fighting over me. I mean, what if I ran into these agents at a party held in honor of my awesomeness? Then I would have to leave before my fan club unveiled the cake that looked like my best-selling book. I’d be forced to ask one of my bodyguards help me to the limo before these agents made a scene.

….and then I was promptly tossed in the trunk and punched in the face a few times so it would be easier for the gloved hands to wrap my head in duct tape.

So I bumped around in the trunk, hyperventilating and clutching the spare tire for I don’t even know how many miles. I tried to keep track of how far we had gone by counting the seconds (query letters). I eventually lost count, and, just about the time I gave up, the trunk opened. Light. Air. Hope. This was all over. (An agent asked for pages).

Hands yanked me from the trunk. Was this all a joke? Finally I would be on my way to publishing success?

Duct tape is ripped off my mouth taking skin and eyebrows (first critique), and someone unties my hands. They toss me a gun and then helicopters circle and start shooting at me (Form letters come pouring in the mail. “Thank you for submitting, but at this time we cannot accept.”)

I have a choice. Stand there and die or run for the small wood frame house. I run as fast as I can and dive in right before another spray of bullets makes me a red mist. I look in the shadows and realize I am not alone (Subconscious book plug?). The house is full of other contestants.

There are five contestants. One guy is crouched in the corner in total denial. He won’t even take a weapon (writing class). Yeah, he’ll be one of the first to die. Then there is the guy who goes all John Wayne. He just loses it and runs out after the helicopters with only a pistol even though it is suicide (self-published author w/no prepared platform). The other three contestants and I watch in horror from the window as this guy is mowed down as he shoots his pathetic pistol in the air, hitting nothing.

Hey, he went out trying.

Finally, the other three writers…um contestants and I wait. We watch. We make a plan. We are forced to leave the guy who’s huddled in the fetal position in the corner. Once it’s dark, we slip out into the night and start reconnoitering the area. What are the boundaries (publishing options)? How strong are the bad guys (critics)? Did we have any assets (talent)?

Above all, in my dream, we started working as a team, and slowly our understanding of the landscape/odds/opposition became clearer. Also, over time, we started fighting smarter, not harder. Slowly, with strategic strikes and persistence, we began to shift the odds in our favor….by working together as one cohesive force.

I would love to tell you how my dream ended, but suddenly I was in an ice cream shop with the other three contestants and we were buying candy before they closed the giant Slip and Slide. I have no good dream translation for this.

Suffice this to say that I have been working on a book about social media for writers all week; reading and rereading my own lessons. And I have to say that I think my subconscious came up with a pretty accurate translation of the writer’s journey. We begin with our guard down thinking we are gonna win a million bucks and a life on easy street.

Reality punches us in the face, wraps us in duct tape, and takes us for a ride. We are often dumped into a scenario we don’t know and don’t understand (the reality of the publishing world). We have choices.

Freeze up, thus get left behind and die.

There are writers who shop the same novel year after year no matter how much it is rejected. They don’t take craft classes, and many are totally opposed to social media. Sadly, as much as we plead with them to come with us, these writers are dead before they know it.

Act too soon and attack while totally unprepared…and get creamed.

There are a lot of writers who, when faced with the truth of publishing, believe self-publishing is going to give them the dream. All they need is a published book, and success will fall in their laps.

No. That is just more delusion. Self-publishing is not a panacea. Fail to go into it prepared, and you’ll get mowed down.

But then there are the writers who take time to learn, grow and slowly tip the odds in their favor….by working together.

I feel that, in the past, writers didn’t have this third option. It was harder for them to team up and join efforts to tip the scales in their favor. Now? Unless we are an established brand like Stephen King, we are in a whole new scenario. Working together is the only we we are going to survive…and come out winners.

So what do you guys think? Do you agree? Disagree? Have anything to add? Can you relate to this Celebrity Death Match Author Edition?

Also, I highly recommend the Write It Forward Workshops. Learn all about plotting, how to write great characters, and even how to self-publish successfully…all from the best in the industry. I will be teaching on social media and building a brand in March. For $20 a workshop, you can change your destiny….all from the comfort of home.