Join in the Love Revolution–#MyWANA

Welcome to the sixteenth installment of Twitter Tuesday. In the spirit of Twitter, this blog will be short and sweet and to the point. The tips offered here are all based off my best-selling book We Are Not Alone–The Writer’s Guide to Social Media. If our goal is to build an author platform in the thousands to tens of thousands, then we will have to approach Twitter differently than a faceless corporation or even the regular person who does not possess a goal of becoming a brandwill help you rule the Twitterverse without devolving into a spam bot.

When we are new to Twitter, I think all of us are Uptight Tweeters. We have all of this conversation going on all around us, and we feel the need to answer anyone who talks to us… instantly. This is part of how Twitter can become such a huge time suck. We want to create conversations, but then we feel guilty disengaging once drawn into discussion. We are overly polite.

The Uptight Tweeter is so polite, that she is afraid she will offend someone by not anwering right away. To avoid being rude, Uptight Tweeter starts avoiding conversations or even feels guilty if she cannot tweet during the day due to a work schedule.

This behavior, however, will severely limit any benefit pone can get out of Twitter. We need to engage, get in the mix and have conversations. Otherwise, we will be percieved as little better than a bot. 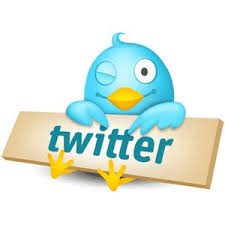 Chill Tweeter knows, “It’s all cool.” Twitter is a giant cocktail party, but it is NOT instant messaging. Am I the only one who hates IM? That is actually one of the FB functions I could do without. I don’t mind people I know IMing me, but people I have never talked to? I am not going to stop in the middle of my work day to have a conversation. Sorry. Not being mean. I just have a lot to do and am easily….OOH! Squirrel!

IM has that “must be tended now and don’t leave me hanging” effect. Why? Because if we miss an IM, we really can’t get back to the other person without converting to a message and blah, blah, blah. Yeah, I’m not that motivated either.

How is Twitter any different? Well, when someone IMs me on Yahoo or FB, there really is no way of knowing if I am taking a break. On Twitter? It generally only takes a couple tweets to realize this person tweeting isn’t elbow deep in revisions. How do we know this? They are chatting. If they’re busy? Um…most of us will tweet, “Crap. Elbow deep in revisions” and then promptly disappear.

The cool thing about Twitter is, well, it is Twitter….NOT IM. This is tremendously liberating. Guess what? If people want an instant answer they can consult Google or call 911 (Kidding)! On Twitter? We get to it when we get to it. I regularly take breaks from writing and scan the Mentions column (anything with @KristenLambTX). That is the TweetDeck column for any person who has mentioned me, asked me a question, posited a thought, etc.

When I get on Twitter, the first thing I do is scan that coumn and tie up loose ends. I merely pick up the conversation where it left off. If the other person is on-line at the same time? She can do the same and the chit-chat can resume.

On Twitter? Chill. Enjoy. If people know you work during the day, they will not need therapy if you don’t respond until evening. And if they do? Get new friends. That’s kinda weird to be so needy.

I follow people all over the world, and there is no way I could stay sane if I tried to talk to all of them real-time. I respond to my UK peeps often when they are asleep. But they get back to me the next day just fine with no permanent damage. If you work during the day, you might just have a different group of friends you chat with real-time; maybe West Coasters and some Aussies. They are cool, and they need Twitter love, too.

The thing is that Twitter took the beauty of IM (conversation) and removed the needy weirdness. Yes, IM has needy weirdness. I have been on IMs where the other person just…vanished and I spent the rest of the evening thinking I had ticked the person off or in some way offended them.

On Twitter, people respond if and when they can and no one takes offense. Well, they shouldn’t take offense. It’s Twitter, not dating. So calm down, and chill, bay-bee.