Tips for Being a Healthy Writer 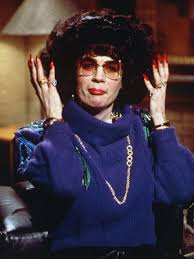 Actual photo of Kristen Lamb on the inside.

When I first saw Google + pop up on the social media radar, I tried to ignore it. But, as an expert people tend to believe we know what we’re doing. I have tried to convince you guys that I make this up as I go, but alas I some of you sent me messages like this:

So, what do you think of Google +?

Um is… Crap. Is it too early to drink? a viable answer?

I was just kind of hoping they would stop inventing stuff for a week or two so I could get caught up. Can we ever keep up with it all? Social media is not immune to evolution. Some things work, others don’t. People behind the technology are always asking if there is a way to streamline. Can we make this better? More user-friendly? Can we make it easier for people to interact? To connect? To filter out all the white noise? I can’t blame them. It keeps the programmers off the streets, even if it gives us stress hives.

It seems that Google is taking on this challenge with launching Google +. So, as your Social Media Jedi Master, I am taking this bullet for the team. Thanks to one of my blog followers I scored an invitation to be part of the beta testing for the one social network to rule them all…Google +. So I will be pressing buttons and shouting expletives at my computer so you don’t have to.

It is too early to give a good opinion. I don’t quite understand how THIS will be different, wonderful and fantastical. Maybe it will be, but time will tell.

You guys might find this shocking, but I hate anything new. I am really an 58 year old Jewish woman from Long Island, New York at heart, and all this technology makes me seriously verklempt. The fact that I have written two best-selling technology books is proof God has a sense of humor.

I get set in my ways and, like a lot of people, I don’t care for change. And sometimes, especially when it comes to technology, I want to yell ENOUGH, ALREADY!  I feel like I am caught in a digital riptide and drowning in digital daiquiri mix. I have the schmeltz.

The Downside of New and Improved

It is wonderful that the social networking sites want to always be offering something new and shiny, but sometimes? I wish they would leave things alone. For instance, I LOVE Twitter and TweetDeck, yet it seems that every other day there is a new version that I need to install. Really? I just figured out the buttons on last week’s version, and now I need to install a NEWER version? A faster version? A version that allows me to tweet straight from my brain without having to type?

Facebook is no better. Oh we know you just finally figured out version 37, but version 38 WILL BLOW YOUR MIND!

I think that this was a big reason MySpace collapsed. Yes, I mention MySpace in WANA. Feel free to ignore all 5 of those pages.  Yet, MySpace is a lesson in how “new and improved” can go tragically wrong.

MySpace was a force to be reckoned with a few years ago, but MySpace wasn’t happy with prosperity. They had to new and improve and add more and more gizmos, ads, games, apps, gadgets and flashy thingies. Eventually, people had so much crap on their profile that the page loaded slower than Eeyore on Quaaludes. No one could open a profile without risking a computer crash….which defeated why MySpace was so popular. Originally, it was a simple way to connect, hang out and make friends. MySpace “new and improved” so much that you risked a seizure every time you tried to visit a profile.

MySpace also lost sight of what it did well and kept trying to copy Facebook. The irony of this approach was that people who liked MySpace generally didn’t like Facebook. So here MySpace was copying the very place many of us were trying to avoid. In the end, all this copying of Facebook was the source of the hemorrhage of people to Facebook. If MySpace was going to be Facebook, then um, why not just go hang out on Facebook?

A couple of months ago, Facebook decided to force everyone to change the layout of their profile.Oh, they made it seem like it was optional at first (kind of like the Nazi party). Every day when I logged in, Facebook would have a pop up message touting the “new look” and ask if I was ready to change. Every day I said no. I’d finally figured out where everything was.

Then, one day I logged in and … everything was moved. I know they are trying to be nice, but that’s kind of like surprising Helen Keller with an extreme home makeover while she’s away on vacation. The intention is noble, but the result is not pretty when Helen falls into a wine cellar she didn’t have when she left to visit relatives in Florida.

Not all of us work for Facebook. We have other things to do with our time than try to figure out yet another page layout. Leave it alone. Really.

Cell phones….yeah. Don’t get me started.

Are People Wanting to Move Again?

I know that Google + is promising new and wonderful things, but it kind of reminds me of when I was young and used to move every three months. Sure moving to a new place was fun and exciting when everything I owned could be packed in less than two hours…but now? When my crap would fill two moving vans? I am just not that motivated.

I think that maybe some of the younger generations that are new to social media will probably embrace Google + far quicker.  To put it bluntly, they have less crap to move.

Many people have been building Facebook pages for years. I have 4000 followers on Twitter. Do I really want to start anew? One of the reasons I kept hoping MySpace would pull its digital head out of its digital butt was because I had a lot of hours invested in that network. I didn’t want to start all….over….again.

I am hoping Google + has learned from these issues and can make transitioning easy.

Change Can Be Good

Okay so I have whined now for a few hundred words and you see what I mean about really being an 58 year old Jewish woman from Long Island, New York. I don’t like change. Again, this is why I am proof that God digs irony. Yet, in ways I think that this is an attribute that has made me better at teaching social media to writers.

Many social media people LOVE gadgets and gizmos and the newest way of doing anything shiny. They are lovely people, but a lot of them have the attention span of a ferret with a cocaine habit. Many of them just don’t get that we still have to write books, too.

Yes, we need change. Change can be great. I hated cell phones and e-mail when they first came out, and now I am tethered permanently to both. But, change for the sake of change is a waste of time and energy. I think it is wise for us to pan back and take a minute to think. See if we really need to change, why we need to change and when we need to change.

Google + is promising to make social media a better experience. I am thinking it might be a meta-program (I think that’s a word. If not, now it is). A meta-program to act as a hub to for all other social media sites. But, I had to give a DNA sample and 32 background references to create a profile so I haven’t started digging under the hood yet.

So, I am tying off to a safety line. I have my backpack full of Red Bull and Dr. Phil books. I’ll go whack it with a hammer and see if it screams then report back. Just because there is a hot new social networking fad is no reason to tear down the tents and set off for parts unknown. But, we also want to make sure we aren’t clinging to a sinking ship.

Google + might be the new evolution of social media. But it could be a giant brain cramp that we can avoid. I will keep you posted. So what do you guys think? Any of you using Google +? If you are, can you come find me? I’m the series of 0s and 1s wandering around crying. I have a balloon on my arm and am wearing an orange jumper. Are you guys tired of the “new and improved”? What’s your opinion? Are you excited? Do you need a Tums? Are you also an 58 year old Jewish woman from Long Island on the inside? Are you verklempt? We can compare bunions.

The Rules of Social Media Optimization

Self-Publish–Is It a Dirty Word?

Failing Doesn’t Make You a Failure by Jen Rothman

60 Tips to Improve Your NF Writing (this is excellent for blogging, too)

Literary Agents: An Endangered Species? by the brilliant and talented Anne R. Allen

Can getting published make you happy? by Michelle Davidson Argyle

Will self-publishing hurt your chances of being traditionally published? by Agent Rachelle Gardner

What’s the difference between plot and story?

Why Understanding Conflict Will Make You a Better Writer by Bubblecow